It’s no longer a news that Cochin International Airport, one of the busiest airports in India in terms of international traffic, is running fully on solar energy. The solar initiative had won the Cochin International Airport Limited (CIAL), the Champions of the Earth Award of the United Nations in the Entrepreneurial Vision category in 2018. It is actually the story of a disruptive vision towards climate change mitigation. By gradually augmenting its green energy capacity, the company has recently reached the milestone of cumulative production volume of 25 crore units, offsetting 1,60,000 metric tons of carbon emission – thus expanding its green footprint far beyond the airport itself.

A huge establishment like an airport requires a very high amount of energy. And by using green energy, the CIAL is contributing towards a healthier and greener planet. As per reports, the aviation industry accounts for 11 percent of all transportation-related emissions in the United States. In India, the percentage may be much lower, yet it is quite significant. The CIAL’s objective is not just to offset airplane-related emissions at the airport but to take steps towards powering the entire airport and allied facilities through solar energy and to send out a message to the world that a medium-sized airport can become self-sufficient on solar power.

According to S. Suhas, the Managing Director, the CIAL has always strictly adhered to the ideas of cost-effectiveness and sustainable development as far as the solar energy is concerned, and since the country enjoys about 300 sunny days a year, it was an ideal option to go for.

‘Relying upon alternative energy for running an airport actually was a precarious idea.  As the pioneer of the PPP model in airport infrastructure development in India, our founding managing director V.J. Kurian always wanted to take up newer challenges. When we realised that our power bill was on the higher side, our management contemplated possibilities. Then the idea of tapping the green power came in’, said Mr. Suhas.

It all started with a pilot project in 2013 with the installation of a 100 KV solar power plant. The solar panels were fixed upon the roof top of terminals. This eventually led to the creation of a dedicated company, the CIAL Infrastructures Limited (CIL), which was entrusted with the job of green energy production. It was after much deliberations that the CIAL took a calculated risk of switching completely to solar energy.

‘Setting up of the CIL was a significant move. There were two factors in our favour; one was the falling prices of solar panels in the international market which would go on to drastically reduce the installation cost of a solar plant. The second was the high cost of grid-supplied thermal power (around Rs.7 per unit) along with the perpetual risk of further tariff hike, explains Mr. Suhas. The state government’s encouragement also proved to be vital. The state government facilitated private solar power generators to sell excess power through the state- owned power grid. This helped the CIL to focus more on generation and grid synchronisation and save on power storage.

Since the inception of the first solar plant, the CIAL has been exploring the possibility of generating more solar power at the Airport’s premises itself. By utilising the large roof top of the aircraft maintenance hangar building and some vacant area adjacent to the Aviation Academy building, they could ramp up the capacity to one megawatt. This was completed in November 2013, and it was the first Megawatt scale solar plant in the state of Kerala.

During the 2014 the airport’s daily requirement was approximately 48,000 units and an additional 12 MW capacity was required to be added to the existing 1.1 MW to make the airport totally carbon neutral. By 2015, it became the first airport in the world to be fully powered by solar energy. By 2019, when the project reached breakeven, it could generate 2 lakhs units of power a day whereas the airport’s daily power consumption stood at 1.6 lakhs of units.

Beginning its journey with that experimental 100 KW project, the CIAL now has an installed capacity of 50 MW. In the process, it has now emerged as the second largest power generator in the state. It has expanded its green footprint to northern Kerala with the company commissioning a 12 MW solar energy plant in Kannur district, earlier this year. This is part of a vision to attain energy efficiency by constructing a string of green power plants including a hydroelectric station in Kozhikkod district.

Apart from solar power generation, the CIAL has been actively using the vacant spaces between the solar panels for agriculture. This was so far they have produced more than 90 metric tonnes of pesticide-free vegetables so far. ‘ CIAL frames sustainability as a practice that helps us create a future that we’re excited about living in, we generate optimism about solving complex problems. Pair that with creative thinking, we’ll have tangible outcomes that are positively disrupting the status quo and effecting change. The key here is for more people

Previous article
Japanese supply chain resilience to decouple from China: Is India the new bet for Japanese investors?
Next article
A Green Resurrection 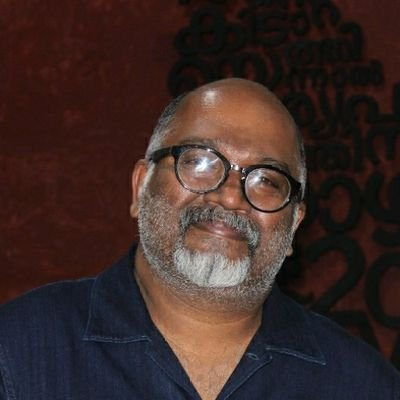 On the world hospice and palliative care day in 2010, after a speech of his was broadcast on the state...
Read

A newspaper article suddenly caught my attention on the World environment day. A story of raw grit and determination which...
Advertisment

A newspaper article suddenly caught my attention on the World environment day. A story of raw grit and determination which was nothing but the...