Growing number of suicides – and some silver linings in the sky.

On 29 August 2022, the Times of India reported that the number of deaths by suicide in 2021 had reached a staggering 1.64 lakhs– a rise of 7.2% from the previous year. National Crimes Record Bureau report reveals that over 29,000 of these deaths – approximately one in five – are due to health-related suffering.

Eight years ago, on June 02, 2014, the Times of India had carried a story about a couple in the North Kerala city of Kanhangad. The couple had killed their nine-year-old son and then killed themselves in a hospital room. Their heartbreaking suicide note poignantly explained that they had taken this extreme step because “they were unable to tolerate their son’s pain.”

Stories like these are what make up the terrible statistics. This was just one. Each of those 29,000 odd individuals and their families live out their own version of the horror of serious health-related suffering. And the problem is growing.

The 1.64 Lakhs are the ones that got reported. What about the unreported numbers? The unsuccessful attempts? The ones who haven’t mustered the energy or stomach to attempt it, even as their daily lives are comparable to a fate worse than death?

A Lancet Commission report published in 2017 estimated that of the 61 million people with serious health-related suffering globally, at least 7 million must be in India. It is not a long shot to imagine that each of these 7 million is just one distressing symptom or pain-ravaged day away from becoming a part of the suicide statistic.

And what of the families? Of those left behind – parents, spouses, siblings, friends and especially the children, whose lives are forever altered?

Anyone who has held a ringside seat to the suffering of a sick loved one is intimately acquainted with its peculiar trauma. Much too often a relative, usually the most disempowered woman in the house, leaves her job to take care of the ill person. Children are forced to drop out of school, unleashing a tidal ripple of multigenerational damage.

It is not only pain and physical distress that drive a person to end their life. Consider the fact that 55 million Indians are impoverished by catastrophic health expenditure every year. It is not a stretch to assume that there are those that would rather give up their life to protect their beloved family from financial devastation.

The truly sad reality is that most of these tragedies are needless and preventable. The solution lies in the very effective and affordable option of palliative care. This approach would ensure that pain and other suffering get attention and treatment. Emotional, social, and spiritual aspects of suffering are acknowledged, supported and mitigated. End of life is made as peaceful as possible, and families are helped to navigate their grief.

In 1967, Professor John Hinton, in his book ‘Dying’, said that “we emerge deserving of little credit; we who are capable of ignoring the conditions which make muted people suffer. The dissatisfied dead cannot noise abroad the negligence they have experienced.” 50 years later, his words continue to serve as warning not yet heeded.

There are, however, a few silver linings: In 2014, the Indian Parliament passed critical amendments to the Narcotic Drugs and Psychotropic Substances (NDPS) Act – an Act that has been criticized as being one of the most draconian laws in a democratic country. These amendments have been facilitatory in making access to pain relief easier. The challenge now lies in getting it implemented by every state and Union Territory.

Secondly, vital elements of palliative care – pain relief, end of life care, attitude, ethics and communication – have been included in the MBBS curriculum since 2019, and in nursing curriculum since 2021.Trainers need to be trained to effectively teach it in the 612 medical colleges and 1,099 nursing colleges across the country. This can be achieved through strategic and pragmatic programs to empower teachers in those institutions. In order to be truly effective though, these theoretical modules would require practical bed side practice.

The National Health Policy of 2017 includes palliative care provision in all primary health care. A cascading training format was adopted to build capacity amongst national and state level trainers, with the potential to teach palliative care principles and practice to 150,000 healthcare providers in 50,000 family wellness centers across the country. Again, this framework would need implementation across Indian states and Union Territories.

A large gap in policy is that if palliative care is limited to primary care alone – as it is in the current health policy – it would reach the needy only in the last few days of life, if at all, as a last resort measure. The tendency to refer to palliative care only after all other avenues for disease-specific treatment are exhausted must be course-corrected. This builds the very flawed rhetoric that it is only for the terminally ill and prevents people from accessing it sooner. This results in a paradoxical situation where palliative care is withheld in the months or years when it can have the most benefit.

The World Health Assembly recommended in 2014 that relief from suffering should start at the time of diagnosis and go together with curative treatment. Inclusion of palliative care at the primary level is a beginning, but its access at tertiary level of care is vitally important.

The completely inaccurate idea that palliative care equates with “giving up” prevents people from receiving the very thing they seek – relief. The greatest tragedy perhaps is that the absence of good palliative care is what drives a significant number of people to ending their lives too soon.

The author is the director of WHO Collaborating Centre for Training and Policy on Access to Pain Relief and chairman of Pallium India. (Padmasree awardee 2018). 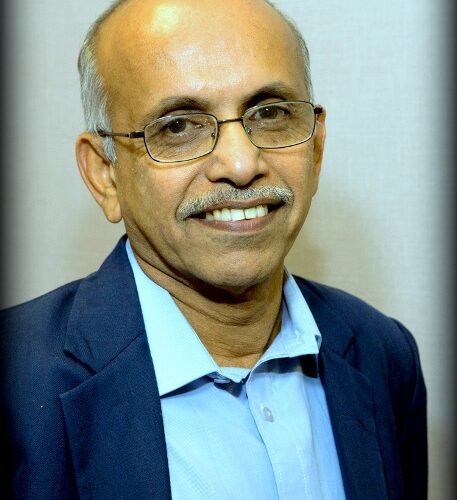 M.R Rajagopalhttp://indiaworldview.com
M.R.Rajagopal is the director of WHO Collaborating Centre for Training and Policy on Access to Pain Relief and chairman of Pallium India. (Padmasree awardee 2018).

On the world hospice and palliative care day in 2010, after a speech of his was broadcast on the state...