Summary
The Australian parliament has approved the Economic Cooperation and Trade Agreement (ECTA) with India. The ECTA’s liberal rules of origin can encourage wider sourcing and ‘friend-shoring’ of supply chains if procedural costs of using it are low.

On 22 November 2022, the Australian parliament approved the Economic Cooperation and Trade Agreement (ECTA) with India. Signed in April this year, the ECTA now gets closer to implementation.

What would be the transformative impact of the ECTA on India-Australia trade? A significant part of it would be in enabling the restructuring of regional supply chains – a common objective of both India and Australia.

With Australia eliminating customs duties on a large number of Indian exports, many of the latter, including labour-intensive and employment-generating ones like textiles and garments, should look forward to getting good access in the Australian market.

Compared with the Southeast Asian country markets and China, Indian labour-intensive exports have much greater possibilities of deeper penetration in the Australian market. In the former markets, Indian labour-intensive exports have traditionally been at a comparative disadvantage, due to lower cost efficiencies and, therefore, not being able to compete with home-grown substitutes. They are unlikely to face such issues in the Australian market.

Global experience with free trade agreements (FTA) suggests they can trigger export-oriented foreign investments. The ECTA should also be able to do so. With Indian and Australian products obtaining preferential access in each other’s domestic markets, there are good reasons for India attracting export-oriented investments. The latter would be moving in line with perspectives of restructuring regional supply chains, with Indo-Pacific investors viewing India and Australia as complementary locations in major supply chains. Pharmaceuticals, energy, garments, precious metals and critical minerals are some of these.

The reorganising impact of supply chains can be comprehended from a close look at the ‘rules of origin’ of the ECTA. Goods to be exported will be considered ‘wholly produced’ in either India or Australia – a condition necessary for them to obtain tariff-free access in each other’s markets – if at least 35 per cent of their total value is obtained locally. Supply chain managers will, therefore, be able to source up to 65 per cent of the inputs to be used in the production of the final products from other locations. Medicines from India, for example, will be considered ‘wholly produced’ in the country and eligible for tariff-free access in Australia, if not more than 65 per cent of their raw materials (by value) are obtained from outside India and Australia. The provision enables producers from India and Australia to cast their nets wide for regional sourcing and assembling in their respective territories for final product exports to each other’s markets. The ‘rules of origin’, in this respect, are enabling for deep and wide growth of regional supply chains and diversification of sourcing.

The rules of origin are supportive of India and Australia’s bilateral efforts, as well as those of theirs with other countries, such as Japan, Korea, the United States and several from Southeast Asia, manifesting through regional initiatives like the Supply Chain Resilience Initiative and the Indo-Pacific Economic Framework for Prosperity for ‘friend-shoring’ supply chains.

The Australian parliament has approved FTAs with both India and the United Kingdom (UK). India and the UK are at an advanced stage of negotiations on a bilateral FTA. India and Australia are also negotiating FTAs with the European Union. It is instructive to note the cumulative impact of these upcoming FTAs. A structured network of FTAs among common partners should expand opportunities for all these major global economies to ‘friend shore’ supply chains among themselves. With rules of origin in the various FTAs mutually complementary, incentives and supporting conditions for supply chains to locate among these economies will enhance.

There are, however, challenges to be overcome. It is essential to ensure that users of the ECTA – particularly medium and small enterprises – are aware of its rules and benefits. India’s previous FTAs have remained underutilised due to the lack of sufficient knowledge among users. There are also issues with ‘costs’ of using FTAs. Documentation requirements to satisfy the rules of origin criteria are often onerous making small businesses shy away from FTAs. The ECTA should take particular care in avoiding such outcomes.

This article was originally published in ISAS Briefs, reprinted here with the author’s permission 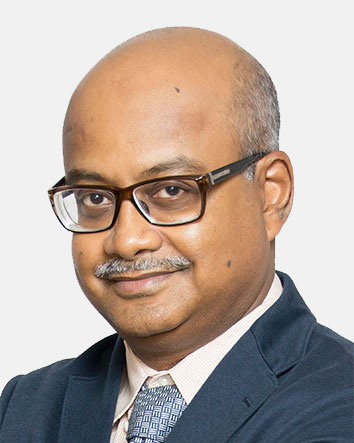 Within two months of its announcement on 23 May 2022, the Indo-Pacific Economic Framework (IPEF) has picked up momentum. The...
Read
Perspective

The long-awaited Indo-Pacific Economic Framework (IPEF) was launched on 23 May 2022. Announced in Tokyo during United States (US) President Joe Biden’s...
Read