The China ‘influence’ in Indian academia

Along with regular military incursions across the disputed border with India, there are recent concerns over Beijing targeting Indian civil society. Will Indian academia become the new frontier of warfare? With Western academia under threat by a belligerent China, keen on undermining free, open, and collaborative education environments overseas in a bid to entrench the Chinese Communist Party (CCP) world view, this appears a possibility.

Through the imposition of its own narratives on controversial issues like Taiwan, Hong Kong, Xinjiang and Tibet, and its active involvement in technical and economic espionage in many Western universities, Beijing poses a grave risk to international academia. Academic interference by the Party in overseas higher education, through students and faculty as enablers of influence, has become conspicuous. Furthermore, Beijing’s attempt to ‘steal innovation’ via its graduate students and researchers abroad shows its inclination to persist with interference as a strategic tool.

The strategy contrasts with China’s earlier efforts to use higher education and academia as soft power assets for cultivating goodwill. While China might not have backed down from soft power, its influence-building role in higher education is noticeable. However, the efforts to do so in India differ from those in the West.

Over the years, glimpses of the mainland’s jazzy exterior embodying its commercial prosperity have impressed visitors. Indian students and faculty are not exceptions. The positive impressions are strengthened by achievements of top Chinese universities (e.g. Tsinghua, Peking University, Shanghai Jiaotong, Fudan) ranked among the world’s topmost.

The value of being educated in Chinese universities is enhanced by bright prospects of living and working in China. Many Indian students are incentivised to work for leading state-affiliated media agencies like CGTN and the China Radio International (CRI). The appeal of China as a land of promise and opportunities doesn’t take time to get transported back home to friends, families and social peers!

The appeal, though, comes for a price. Indian students in Chinese university campuses are cautioned against asking ‘uncomfortable’ questions or posting critical messages on China in social media (e.g. WeChat). Such acts can invite harsh responses, like low grades, poor housing and funding cuts. But these punitive measures are pursued subtly. The ostensible objective appears to be to convince the Indian student ‘ambassadors’ about ‘costs’ of non-compliance, which, however, are to be discounted against much larger benefits from being pliable – a social contract that can have many takers.

Beyond students, China’s engagement of Indian experts and academics from think tanks and universities picked up pace from the time India became a staunch critic of the Belt and Road Initiative (BRI). In November 2019, the Xinhua News Agency and Communication University of China (CUC) had organised an ‘International Think Tank Experts’ short-term Visiting Program in Beijing and Zhejiang province inviting experts from around 50 countries, including South Asia. The program was aimed at raising awareness and developing knowledge on the BRI. The author’s interviews revealed that policy makers, media personnel and various experts from across the world, including some selected academics and faculty (emphasis added) from some leading Indian universities and think-tanks were also invited to visit China for attending the conference and display its economic potential. Indian scholars and opinion-makers have been repeatedly invited to China for showcasing the virtues of the BRI and its other major economic and academic achievements.

China’s influence-building needn’t be overly aggressive in India – a country over which it enjoys economic and military advantages. It also refrains from imposing opinions top-down on the academia in a country burdened by a hostile legacy with China. The ‘hard’ aggression in India is limited to the border, while a softer non-invasive strategy seems to be deployed deliberately for the academia.

India has been alert to the Chinese efforts to influence. Such evidence from Western universities has led to closer review of ‘networked’ professors in Indian universities. Interviews revealed that Chinese students recommended by these professors for admission to Indian universities have come under scrutiny. The scrutiny, no doubt, would increase as India continues to struggle to coexist with an aggressive neighbour.

The Doklam standoff in 2017, the Galwan valley crisis in 2020 and the border  law in 2021, aimed at furthering China’s Himalayan expansionism, have triggered more suspicions of Beijing’s objectives. They have also called into question India’s longstanding consensus of deepening economic and diplomatic ties with Beijing irrespective of its border disagreement.

China’s ‘influence’ push in India’s academia, therefore, might be ineffective for now. However, the intent is clear and needs to be addressed. This should figure among India’s priorities in devising strategies for living and dealing with China while Xi Jinping struggles to shape a new world order in keeping with Beijing’s regional and global ambitions.

* [The essay reflects findings from a detailed research report, ‘China’s “influence operations” in academia, Confucius Institutes and Soft Power: Strategic Responses of India, Bangladesh and Nepal’ done by the author for the Sandia National Laboratory, Department of Energy, US, in 2021.] 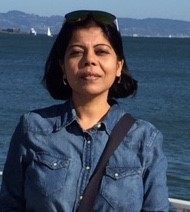 Parama Sinha Palit
Dr Parama Sinha Palit is Adjunct Senior Fellow at the Rajaratnam School of International Studies (RSIS) in Nanyang Technological University (NTU), Singapore. She was a Cooperative Monitoring Center (CMC) Fellow with the Sandia National Laboratories, the US Department of Energy and a Consultant with the CRDF Global, USA. She is also the author of the ‘Analysing China’s Soft Power Strategy and Comparative Indian Initiatives’. The views expressed are entirely personal to the author and does not reflect, in any way, those of the organisation she is affiliated with.

Education, including the use of exchange programmes to increase student mobility and efforts to promote culture abroad, has always played...
Read