Calcutta and Bombay being the two foremost business hubs and metropolises of the East became two magnets for Jews from Baghdad, Aleppo, Syria, and other regions of the Middle East in the 19th century. The Baghdadi Jews constituted the latest wave of Jewish migration to India from late 18th to early 19th century. A close-knit group, they were the heirs of a rich culture and tradition, deeply rooted in Jewish learning and following their own liturgy and rites. The Calcutta Jews, though, comprised of both Sephardic (of whom the Baghdadis were a sub-group) and Ashkenazi , who were exclusively European by origin. Some of the Jews of Cochin and even the Bene-Israel also settled in Calcutta in the 19th century. The Calcutta Jewry was thus a heterogeneous community retaining their own cultures, traditions, customs and rituals.

The Baghdadi Jews who formed the first major segment of the community migrated to Calcutta as a result of the persecutions of David Pasha in Baghdad (1817-31) and the forcible conversion of the Mashhad Jews in Persia in 1839. They found a welcome haven in India, a land of tolerance, where they could live in perfect freedom and security, preserving their culture and traditions unmolested. The opening of the Suez Canal in 1869 transformed the trading patterns and gave a huge boost for European commerce. It was only after that number of Jewish immigrants reached its peak, and multiplied the middle-eastern element of India’s Jewish society dramatically.

The earliest Jewish settler in Calcutta was a Shalom Ben Aharon Ben Ovadya ha Cohen from Aleppo who landed in Calcutta on 4th August 1798, after visiting Cochin and Madras. Being a jeweller by trade, he made his fortune as an accessory in the remittance of private fortunes of Company servants and other European merchants from Bengal. Soon after, he persuaded his Jewish employees from Aleppo and Cochin to settle down in Calcutta; some of his relatives followed suit with the opening up of the trade in muslin, silk and, after 1829, indigo. By the 1830s Calcutta had a growing Jewish population; after 1869 the number multiplied several times – from 100 in 1822 to 986 in 1881 and 1339 in 1891.

Most of Calcutta Jews were Sephardic, and Baghdadi Jews constituted the largest sub-group among them. Their mother tongue was Judeo-Arabic and they continued to use Hebrew characters in their writings as a vehicle of expression. Though the Jews in Bengal learnt to speak Bengali, Hindustani and English, they never cultivated any Indian language seriously, unlike their brethren in Bombay and Cochin. The Baghdadi Jews in Bengal did not change their religion, customs, food habits and dress – all of which were essentially Arab in character. The forbearers of the community were mainly traders, most of them in small business, conservative in their outlook and orthodox in their practice of faith. The segments of Cochin Jewry and Bene-Israel that came to Calcutta in very small numbers could never succeed in integrating themselves with the Baghdadi Jews to any major extent – so much so, that while they were allowed to share the synagogue and cemetery with the Sephardic Jews, they were assigned separate conclaves within such cemeteries.

Although the majority of the settlers came from Baghdad, Aleppo had the distinction of sending the first Jew to this metropolis. Shalom Ben Aharon Ben Ovadya ha Cohen was born in Aleppo in 1762. The descendant of an exile from Spain at the time of the Inquisition, Shalom Cohen left Aleppo in 1789 in search of fortune, and in the process founded Jewish settlement of Calcutta. He landed in Calcutta on 4th August 1798, after visiting Cochin and Madras. His decision to move to Calcutta was dictated by the emergence of Calcutta as the capital of British India, and as the centre of trade of entire Southeast Asia and China. The city was easy to reach by the seas by way of the Bay of Bengal, and inland cities by following the Ganges and its subsidiary waterways. Dutch, French and Danish factories and settlements in the vicinities of Calcutta turned the city into an international emporium as well. The guns of Fort William afforded protection to millions in Calcutta.

A jeweller by profession, Shalom Cohen was drawn towards trade in diamonds, silk, indigo and Dacca muslin. His Jewish employees from Aleppo and Cochin were induced to settle down in Calcutta. His lucrative business attracted his relatives to seek their fortunes in Calcutta too. The business of Shalom Cohen set up in partnership with Jacob Semeh in Calcutta became prosperous and the firm diversified from jewellery into export-import in silk, muslin, indigo etc. from Baghdad.  E.M.D. Cohen, editor of Paerah an Arabic-Hebrew periodical published in Calcutta, claimed that Shalom was the court jeweller of Ranjit Singh. He left Calcutta in September 1812 with his family to serve as the court jeweller of Nawab of Awadh, leaving the community to the care of his son-in-law Moses Simon Dwell Cohen.

Moses Cohen was elected the first President of the community and was an honorary rabbi, a Mohel (performer of ritual circumcision), and Mekkhadesh (marriage ceremony performer) and Hazan (leader of religious services) from 1825 to 1861. Although a merchant, he was better known for his honorary services rendered to the community in almost every religious rite. The purchase of land for two of Calcutta’s synagogues Neveh Shalom (the Abode of Peace) in 1825 and Beth El (the House of God) was affected under his guidance. His grandson Elias Moses Dwell Cohen was the influence behind the first Jewish school in Calcutta in 1881.

Next to the Cohens were the Ezras, who were the most prominent among the Calcutta Jews. Joseph Ezra, with his two sons David and Nissim reached Calcutta on th 22nd February 1821. The Ezras played such a conspicuous part in the social and mercantile history of Calcutta that the Calcutta Corporation named two sisters after them. Ezra Street is well known in the crowded business quarters of Calcutta. David Joseph Ezra proved to be the more enterprising of the two brothers in trade and commerce, and later in real estate. Export of Indigo and silk in the Near East and of opium on a large scale to Hong Kong and to the Far East constituted his main business. David’s son, Elia Shalome Gubbay took keen interest in civic affairs. He was appointed an Honorary Presidency Magistrate and when David Ezra died in 1882, he was given full civic honours, having held the office of the sheriff in 1879.

The Gubbay family was perhaps the most prominent Jewish family in Calcutta, next to the Ezras. David Hokham Aaron Gubbay came from Baghdad. His nephew Elias S. Gubbay became a leading Jewish merchant in Calcutta and invested his wealth in real estate. In a while their wealth, and accordingly their influence within the community grew.

In 1868, Nahoum ibn Israel arrived in Calcutta from Baghdad. He was a baker by profession. He settled in Calcutta, where he saw good business prospects, as the community was growing steadily here, both by birth and by immigration. The entire Jewish community in Calcutta relied upon the Nahoums for their daily supply of confectionary items as well as for family and religious functions.

Meyer Barook Meyer and Seemha Meyer came to Calcutta along with their parents from Baghdad towards the end of the 19th century. M. Barook Meyer was a Hebrew teacher in the Jewish Boys School as well as the Jewish Girl’s School, besides being a priest at the Neveh Shalom Synagogue.

By the late 19th century, the wealth and influence of several individual Jewish families grew sufficiently for the sense of a Jewish community to emerge. These families came with their own approach to the world, their own values, their sense of the relation between a human being and its maker. This body of beliefs, along with the practices that sustained these, defined the Jewish identity and what it meant to be a Jew. 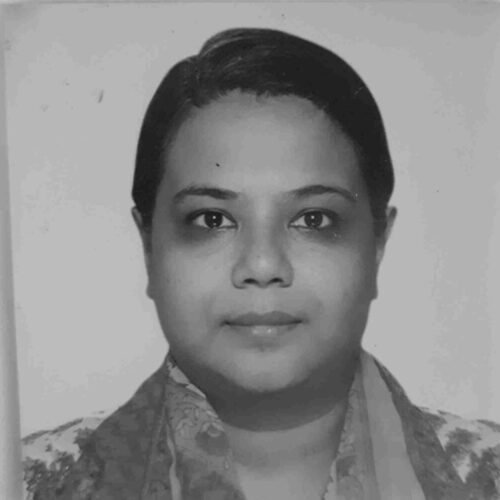 The launching of supply chain resilience in the Indo-Pacific region is another attribute of the rising interest in India. India’s strong leadership in the...

The Chinese presence in Pakistan, with or outside of the CPEC, and the TTP's defiance, although not directly related, do pose growing security challenges...

RobotGuru is an unusual start up. Where most Indian start-ups essentially focus on consumer tech or fintech, RobotGuru aims to build an assembly...